The 6 Gottman Method Divorce Predictors and How To Avoid Them

It makes sense that, to improve or enhance their marriage, couples need to have a greater understanding of what makes marriages fail. In other words, if they know the problems, they'll be able to proactively take the necessary steps to avoid them and avoid making the same mistakes as others.

Dr. John Gottman has devised six predictors of divorce based on an analysis of 130 newlywed couples. During his research, he and his team asked these couples to spend 15 minutes to resolve an ongoing disagreement between them.

The research team then videotaped these interactions and attached sensors to the participant's bodies which recorded several measurements of their circulatory system to measure their stress levels.

This post will deal with what the research team discovered and look at these Gottman Method divorce predictors in more detail.

The first divorce prediction that often shows that a conflict discussion between spouses, and by implication, their marriage is not going to go well, is how it starts.

In other words, when a discussion begins with criticism or sarcasm, it starts with a "harsh startup". According to research by Dr. John Gottman, if a conversation begins with a harsh startup, it's inevitable that it will end on a negative note.

And the statistics confirm this. 96% of the time, the outcome of a conversation can be predicted based on the first three minutes. In simple terms, if a spouse starts an argument by attacking the other spouse, they will end up with at least as much tension as they had when they began the argument, if not more.

To avoid this, spouses need to soften their startups. This is crucial for effective conflict resolution and will make the relationship stabler and happier. An effective way to do this is to start conversations by not blaming each other or coming off as critical.

Some other skills that can help to soften startups when bringing up an issue in the marriage are:

Everyone knows the Four Horsemen of the Apocalypse. It's a metaphor describing the end of times in the New Testament, and these Four Horsemen represent conquest, war, hunger, and death. In the context of a marriage, the metaphor is used to describe the communication styles that can predict the end of the marriage.

The first horsemen, criticism, attacks the spouse at the core of their character. In effect, when one spouse criticizes another, they're dismantling their whole being.

It's natural human behavior to seek an explanation for negative feelings. Over time, people can develop a habit of searching for the reasons why they feel bad. In marriages, this often manifests when spouses keep track of their partner's mistakes.

To avoid conflict, they don't say anything, which, in turn, causes pent-up anger and frustration, which ultimately turns into resentment. They then search for underlying patterns in these mistakes and come up with an explanation that takes the form of a statement of blame.

It's essential to keep in mind that criticism is very different from critique or voicing a complaint. These both focus on specific actions or behavior, whereas criticism focuses on the spouse as a person. It can have devastating effects when the spouse feels assaulted, rejected, and hurt. When these criticisms repeat themselves with a greater frequency, it leads to the couple falling into an escalating and destructive pattern.

The best way to avoid criticism is by using a softer startup, as described above. In this way, when a spouse is unhappy with something in the marriage, they can express it. But instead of attacking and criticizing, they can rather make a comment where no blame is apportioned to the other spouse. 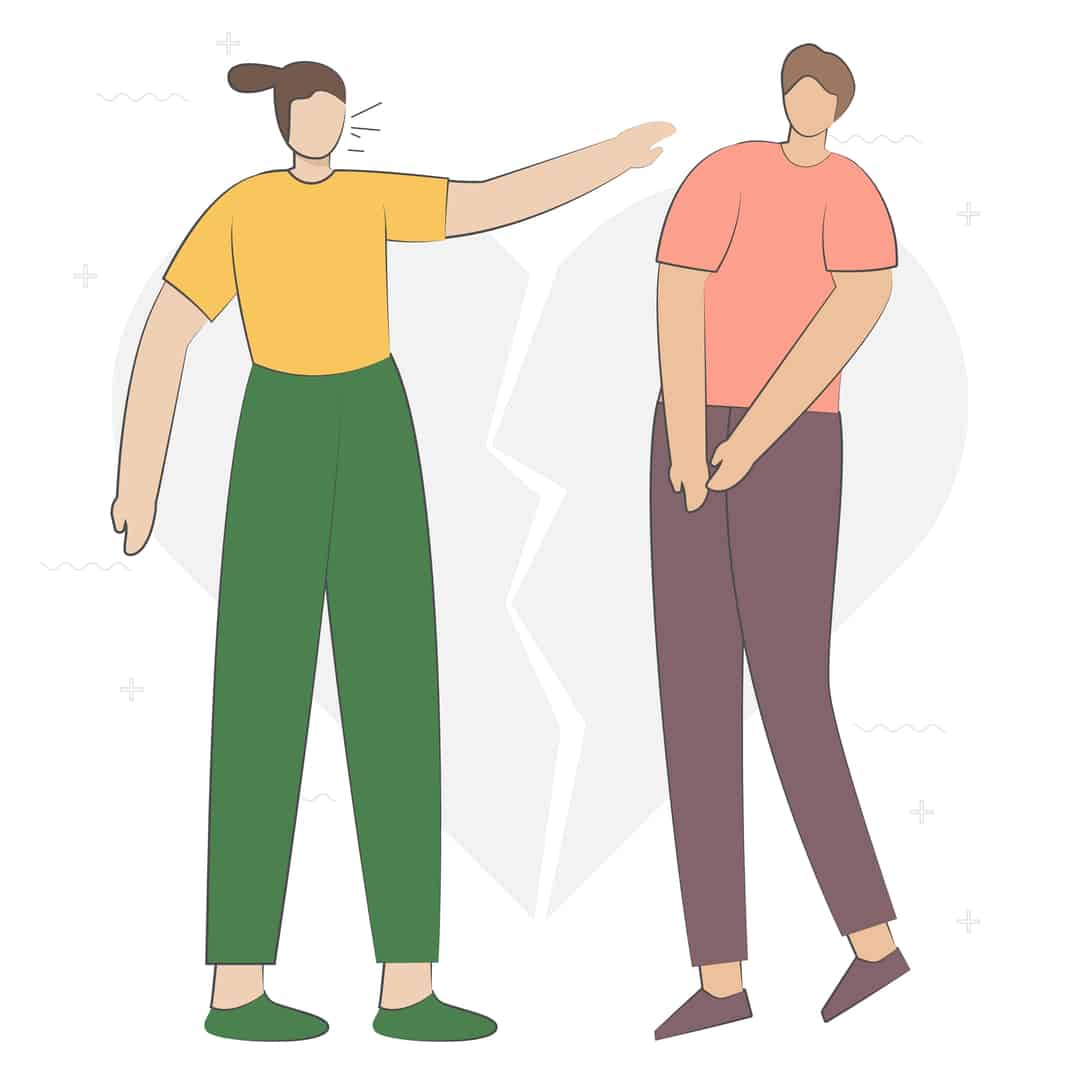 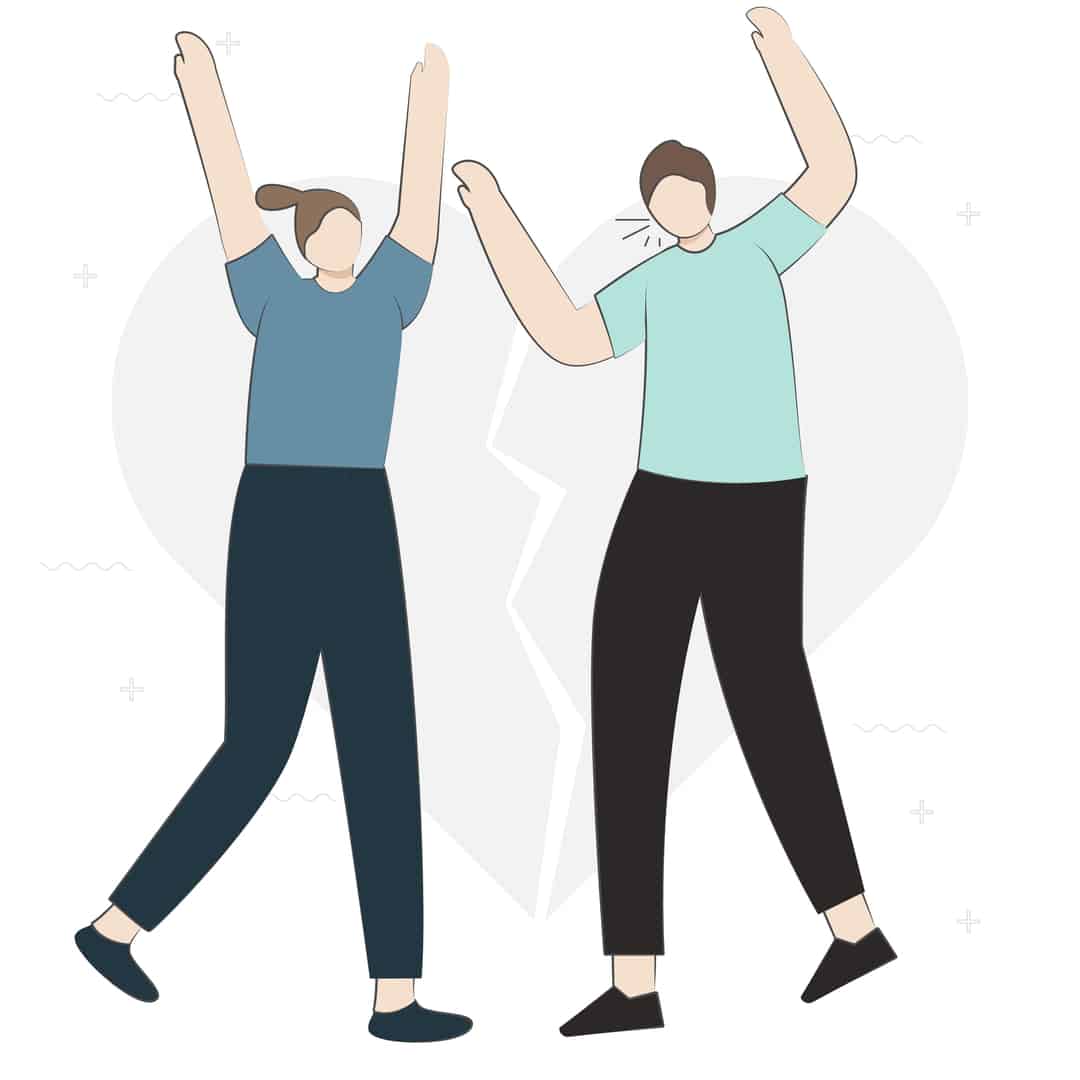 The second horsemen, contempt, happens when spouses treat each other with disrespect, sarcasm, ridicule, call them names, or use body language like eye-rolling or scoffing.

This makes the receiving spouse feel despised and worthless. While criticism attacks a spouse's character, contempt assumes a position of moral superiority over them. It's often fueled by long-simmering negative thoughts that one spouse has for the other. These thoughts then often manifest when a spouse attacks the other from a position of relative superiority.

And the effects can be devastating. Apart from it being the single most significant predictor of divorce, research shows that couples disrespectful of each other are more likely to suffer from infectious illness because of weakened immune systems.

To eliminate contempt in the short term, spouses should describe their feelings and needs about any issues. This can be helpful, but to be effective in the long term, spouses will need to think about the greater context of the relationship.

This means they must build a culture of fondness and admiration for each other. This isn't something they'll build overnight, but they can create that system if they work at it over time.

Typically a defense to criticism, the third horsemen is defensiveness. It's natural to be defensive from time to time, but defensiveness is nearly omnipresent in unhappy marriages. It's self-protection that takes the form of righteous indignation or innocent victimhood that's used to ward off a perceived attack.

When a spouse feels unjustly accused, they use excuses so that their partner will back off. But defensiveness goes further and is a way of blaming their partner.

As a result, the problem is not resolved, which causes conflict to escalate even further. This, in turn, opens the door for the other four horsemen like criticism and contempt to enter into the argument. This strategy is rarely successful, and by making excuses, the spouse only shows their partner that they don't take them seriously. This leads to more problems.

Ultimately, to solve defensiveness, spouses must accept responsibility for their role in a situation, even if only for part of the argument. In this way, they express an interest in their partner's feelings. As a result, they'll find that they can have a real dialogue with their partner and work through problems together. 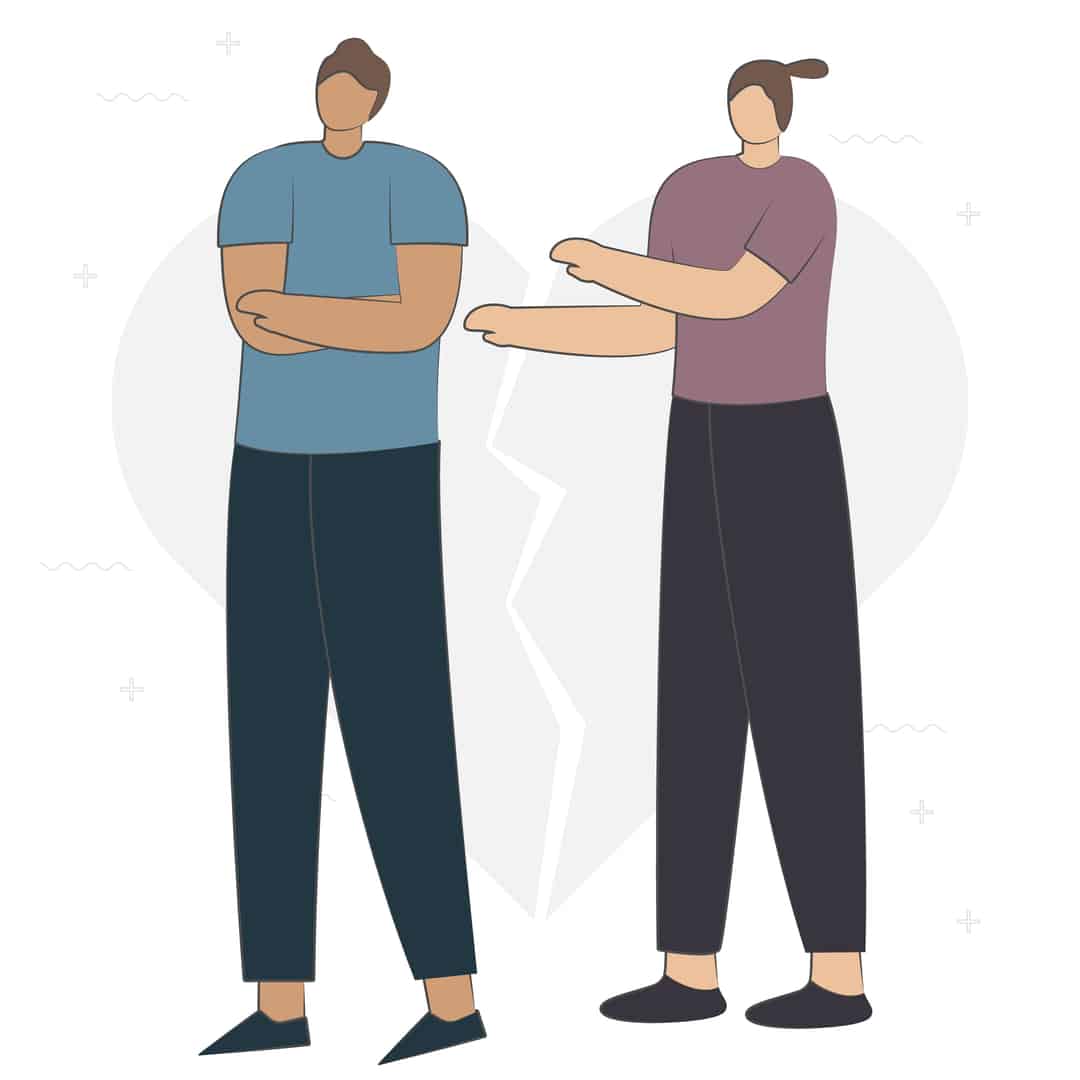 The fourth horseman, stonewalling, usually manifests as a response to contempt. It happens when a spouse withdraws from an interaction, shuts down, and simply stops responding to their partner during an argument.

Spouses who stonewall often make evasive maneuvers like turning away, acting busy, or engaging in obsessive and distracting behaviors rather than confronting the problems with their partner. In other words, a spouse will withdraw from an argument because they feel overwhelmed and physiologically flooded.

Now, it takes time for the other four horsemen to breed enough negativity to become overwhelming enough for a stonewalling to become an understandable tactic. If it does, however, it usually becomes a habit. For the other spouse, this can become inferior and frustrating.

Flooding means that a spouse's negativity is so overwhelming and sudden that it leaves the other spouse shellshocked. And it's a slippery slope. It leads to erratic communication between spouses, which, in turn, leads to the four horsemen. The four horsemen then, ultimately, leads to emotional disengagement and eventually a breakdown of the marriage.

As a result, a marriage's meltdown can be predicted by repeated harsh startups and frequent flooding brought on by the persistent presence of the four horsemen during arguments and conflicts. To prevent flooding, it's necessary to learn to soothe.

Here, a hand signal is often suggested to stall an argument when flooding occurs. In this way, spouses can shift the focus away from the flooding and on to soothing. It's also recommended that spouses establish a withdrawal ritual where they take a long enough break to calm down.

One of the most apparent physical reactions to flooding is that a spouse's heart rate speeds up. During this time, it can go as high as 165 beats per minute. And that's not the only physical reaction. Hormonal changes, which include the release of adrenaline, take place too. In turn, blood pressure increases.

With these physiological effects and physical changes, it's almost impossible to have a productive, problem-solving discussion.

Spouses can prevent these sensations by avoiding or stopping flooding by using the soothing techniques outlined above.

Divorce can so often be predicted by listening to a single conversation that a married couple has, even though it takes time for the four horsemen and flooding to overrun a marriage.

This is because, by analyzing any disagreement a couple has, a pattern will tend to emerge. A crucial part of this pattern is whether the couple's repair attempts succeed or not. A repair attempt is any effort by the couple to de-escalate tension during a discussion. In simple terms, it's any action or statement to prevent negativity from escalating out of control.

The other side of the coin is that the consistent failure of repair attempts by spouses is a sign of an unhappy future. Because of this, it's absolutely vital for couples that they master the art of making and receiving repair attempts.

Also, couples should learn to repair effectively. Without doing so, they get stuck in a situation where even when one partner wins an argument, both end up losing. As a result, the marriage won't survive if the four horsemen reign free.

In happy marriages, couples tend to remember the early days fondly. They remember how positive they were, how excited they were when they met, and how much they admired each other. When they talk about the difficult times, they glorify the struggles they've been through, drawing strength from the adversity they weathered together.

So, often in unhappy marriages, it may be easier for couples to focus on the negative interactions or bad memories in their relationship.

Identifying these predictors of divorce will go a long way in helping couples take the steps necessary to eliminate them and have a healthy relationship. But it goes further than this. To drive away these destructive behaviors and eliminate these predictors, couples will need to act proactively and replace them with healthy, productive behaviors that increase marital stability.

If you are looking to improve your marriage, schedule a consultation today!