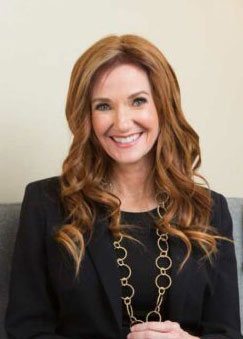 Dr. Dana McNeil
Dana is a gifted, compassionate, and practical therapist and the founder of The Relationship Place. Dana has achieved the highest level of training possible in the Gottman Method of couples therapy. She has special interests in working with all clients, including those who live out-of-the-ordinary lives or have alternative relationships.

Think of pheromones as operating in a way similar to the way hormones work, except that they work outside of the body versus internally. Pheromones facilitate biological functions through smell and can help generate more pep in the step of the receiver’s sexual drive. One of the most powerful functions of a pheromone is its ability to ensure that the human race and the animal kingdom remain alive and kicking.

Pheromones act as an agent of change on behaviors that drive individuals to feel closer, have more desire, and have fewer inhibitions about pursuing and engaging in sexual activities. However, pheromones don’t just give us an extra nudge to get it on. They also function as an extra sensor for predators, impact instincts that drive survival needs (such as locating nearby food), and incite protective mannerisms in the animal world.

What are the 4 Different Types of Pheromones?

There are generally four different types of pheromones that have an influence on human behavior. They are known as releasors, primers, signalers, and modulators. All four of them provide chemical cues to the receiver and are often released into the world by bodily secretion that impacts the recipient in a variety of ways.

Primer pheromones are often described as the kick-off signal that brings on rapid physiological responses and can be sustained for a long period of time. Releasor pheromones are the activators that generate the behaviors that spur on sexual activity. Modulator and signaler pheromones provide social cues that influence our mood and impact our ability to be open to receiving someone’s behavior attempts in a positive way while also influencing our choice in mates.

Men and women differ in the pheromones they most often secrete out to the world. While both women and men produce the same pheromones, men tend to secrete a greater amount of a pheromone known as androstanol. Androstanol is present in the sweat produced by the body. There is reasonable evidence that these olfactory triggers influence the receiver’s physiology, psychology, and behavior by influencing sexual desire. Women tend to secrete more of the pheromones known as copulin and estratetraenol, which are at their peak during fertile stages. What this means is that if you have found yourself obsessed with your partner’s smell, pheromones may have something to do with your state of mind.

What Role do Pheromones Play in Relationships?

While it may be a valuable boost to launch a new relationship or catch the fancy of a potential new partner, pheromones can’t do all of the work. Once you have caught your partner’s attention, you need to be able to do the work required in healthy sustainable relationships. This means investing in learning how to communicate your needs, appreciations, and skills around compromise and building trust. Don’t rest on your desire to hold a relationship together.